As of January 2022, Spellbound is now a company governed by our own artists.
Every board member is also on our teaching artist roster and has taken part in creative projects with the company.

Susanna is a native Swede who spent some time in Paris before ending up in Harlem to pursue a BFA in jazz singing. Music and theater has always been a big part of her life - starting ballet as a 5 year old, moving on to gospel singing in middle school and falling in love with improve in high school. Here in New York she has gotten the chance to perform jazz in different venues and to develop her skills as an actor through musicals and physical theater. Her passion for education developed during her years in New York when saw the need for art based learning. She has taught theater and singing to children and adults in Stockholm, New York and Kampala, Uganda.
susanna@spellboundtheatre.com 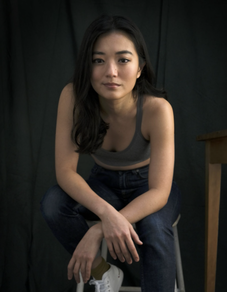 Jody Doo, Oversight Committee Member/Artist
​
Jody Doo is an actor and host, born and raised in sunny Singapore. She is passionate about using her work to uplift minority voices. As an actor, Jody pioneered the role of Sunny Lee in the U.S premiere of White Pearl (Studio Theatre), and has been seen in international commercials. As a host, Jody has a decade of experience - Universal Studios Singapore, rock climbing competitions, national cultural events, to name a few. She is now the host and producer at Rattlestick Playwrights Theatre, pioneering Global Gab - a monthly virtual panel discussing immigrant topics - where she seeks to dig deep with fellow immigrant artists. Jody is also part of the ensemble and on the Oversight Committee of Spellbound Theatre. Find out more about her work on www.jodydoo.com.

​Asha John, Oversight Committee Member/Artist
​
Asha John was born on the islands of Trinidad & Tobago. In 2011 she began working as a teaching artist bringing her love of step, theater, dance, and math to the students of New York City. She has worked with numerous community based organizations using the arts to advocate for all underserved communities (LGBTQIA, immigrant, impoverished, and more). She plans to assist spellbound in expanding children’s theatre nationally and internationally.  Since 2011, Asha has been cast in numerous productions for stage and film, encompassing original work as well as classics like Shakespeare’s Romeo and Juliet. In 2020, Asha graduated with her Masters in Educational Theatre for Colleges and Communities from New York University and plans to pursue her educational doctorate as well. 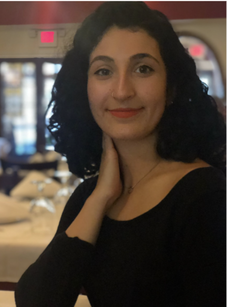 Melissa Costidis is a New York based content creator, producer and editor with Spellbound Theatre to create online and live programming for young children. She’s been working with Spellbound for three years after starting as a communications and family engagement intern during her time at NYU Tisch. She aims to assist Spellbound artists with executing their visions for children’s content online and in person for years to come through the means of her photography, videography and editing skills. Outside of Spellbound, she works as a chef at KIPP College Prep High School where she specializes in the implementation of vegan/vegetarian meals and eliminating food waste in the school lunch program. She is especially interested in the intersection between food education and theatre for young people. 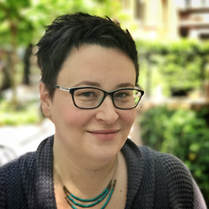 Lauren is a theatre artist and arts educator in New York.  She is the Artistic Director of Spellbound Theatre, New York’s award-winning theatre exclusively for the very young.  Lauren can occasionally be found performing as a storyteller and puppeteer, but spends most of her time directing and producing Spellbound’s public, school, and national touring theater productions for children ages 0-5.  Additionally, Lauren works as a Master Teaching Artist in schools, libraries and community centers around New York with organizations such as The New Victory Theater, Lifetime Arts, and New York University.  Lauren is also a mom to J. and L., whose imaginations are her daily inspiration.  Check out her blog on arts education and TYA at www.LaurenJost.com